There are a number of cultivars of Peace Lily. I have a big pot of one of the shorter ones (don’t know which it is) that looks nice now, but no flowers. On the other hand, the taller more open one, ‘Mauna Loa,’ has a half dozen large, white, long-lasting blooms. In the summer, I put it outside in the shade. I moved it inside in the fall to a rather dim location, and when we took a couple of two-week trips in the winter, I moved it into direct light of a west-facing window.

I read the minimal amount necessary to have an idea of what induces flowering in Spathiphyllum, and apparently it varies between cultivars and their particular genetics. Some flower when old enough (mine is probably 20 years old); some require short days/long nights to trigger bud formation, with flowers appearing in late spring or summer.

Some flower off and on through the year. My take-home lesson on this is, peace lilies will flower in the home and they are more likely to flower in bright light as long as you don’t burn them (hot, sunny windows in summer would be bad). Having them in a room in the late fall/winter which does not have lights on at night may coax it to bloom later in the year.

The Lipstick Plant: Aeschynanthus pulcher ‘Mona Lisa,’ was something I hadn’t tried before, as I thought it would be fussy. I bought two 4.5-inch diameter pots of it from Behnke’s houseplant department in late spring last year, before we closed in June. I was looking for something trailing to use in a couple of outdoor planters that were to be placed in a spot with a couple of hours of sun, and bright shade the rest of the day. Lipstick plant is in the African Violet family (Gesneriaceae) but seems to be a lot tougher than other Gesneriads. (I have a pretty abysmal record with African Violets, Streptocarpus, Gloxinia, etc.)

It grew well all summer but didn’t flower. Around the first of October I threw them into a twelve-inch diameter clay azalea pot, put them in my bright west window right next to the heat vent, and sort of forgot about them beyond watering as needed. (We do have an Aprilaire humidifier on the furnace, so the house has comfortable humidity in the winter, and we run the temperatures between 64 and 70.)

They kept growing through the winter, and in middle of January I noticed buds forming. By mid-February they were flowering, and are still flowering in early April. I did the minimal amount of reading (my specialty) and found that they are not photoperiodic: that is, flower bud formation is not influenced by daylength. They just flower when they are mature enough and have enough light. So conceivably, my Lipstick Plant may continue to flower right into and through the summer. Wouldn’t that be cool?

With other Gesneriads, cold or hot water will damage the leaves, causing brown spots. I haven’t noticed that with the Lipstick Vine, although I try to use lukewarm water when I water all my plants, and I try not to get the water on the leaves.

Otherwise, the soil is dry to the touch before I water (I check it about once a week), and on rare occasions I give it some Jack’s Classic houseplant fertilizer. So, I am adding this to my short list of easy-care, re-blooming houseplants.

How to Water Houseplants

When watering houseplants there's no hard and fast rule of how often to water; you just water when it needs it. But how do you know when it needs it? Read on to find out!

Greenhouse Visit for a Snowy Day

In the early years, Behnke Nurseries became rightly famous for its African violets. This all… 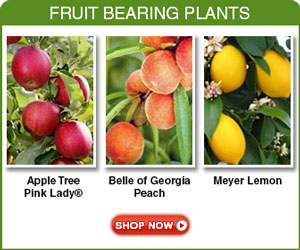 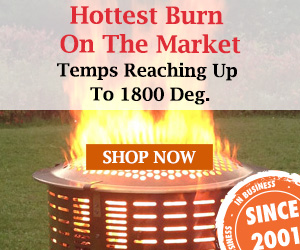